There was a time when Microsoft had Unix as an OS offering, yes, that is correct. They (MS) licensed it from AT&T adapted it to the Intel x86 (386) platform and became the number #1 Unix up until Linux came to life.

I worked with Xenix at goverment offices where they bought it because it was the cheapest distribution available and Santa Cruz Operation (SCO) was the vendor.  Nothing fancy about it, just an Unix OS running on a PC. It was even called Unix for PCs, horrible, and the devices? Even more horrendous. Can’t find a picture of one but when I do!

I remember back in 1991 doing an ftp to microsoft.com and the servers were SCO Xenix.

The main thing I remember about the OS is writing end-user manuals to it, it wasn’t that simple, teaching office-end-users how to list files and print them over the command line? Without a GUI? Good luck! 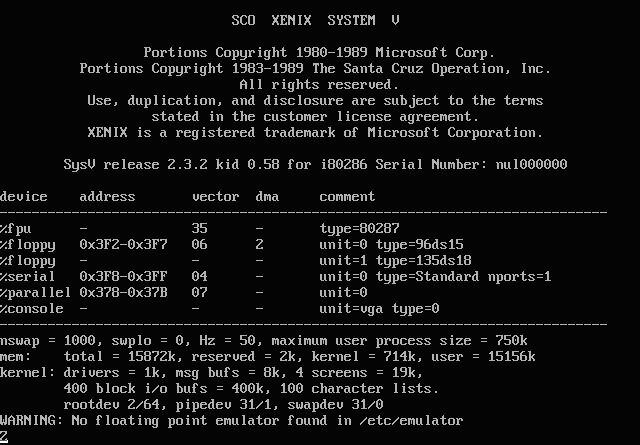 This was an office computer back in the early 90s