I was working on a Design/Implementation for Dynamics NAV to be used as Payroll and Human Resources system.  The customer originally didn’t think about integrating it with Azure AD and considering they’re using Office 365 it was quite obvious for me to do so. 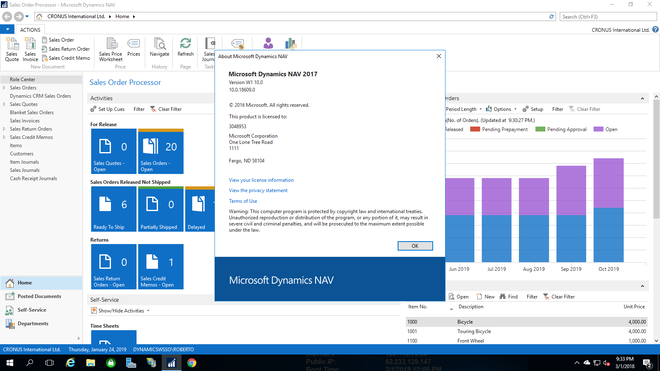 In the Operating System

Import the certificate in the Personal Container, right click on it and Select Manage Private Keys.. as shown in the picture 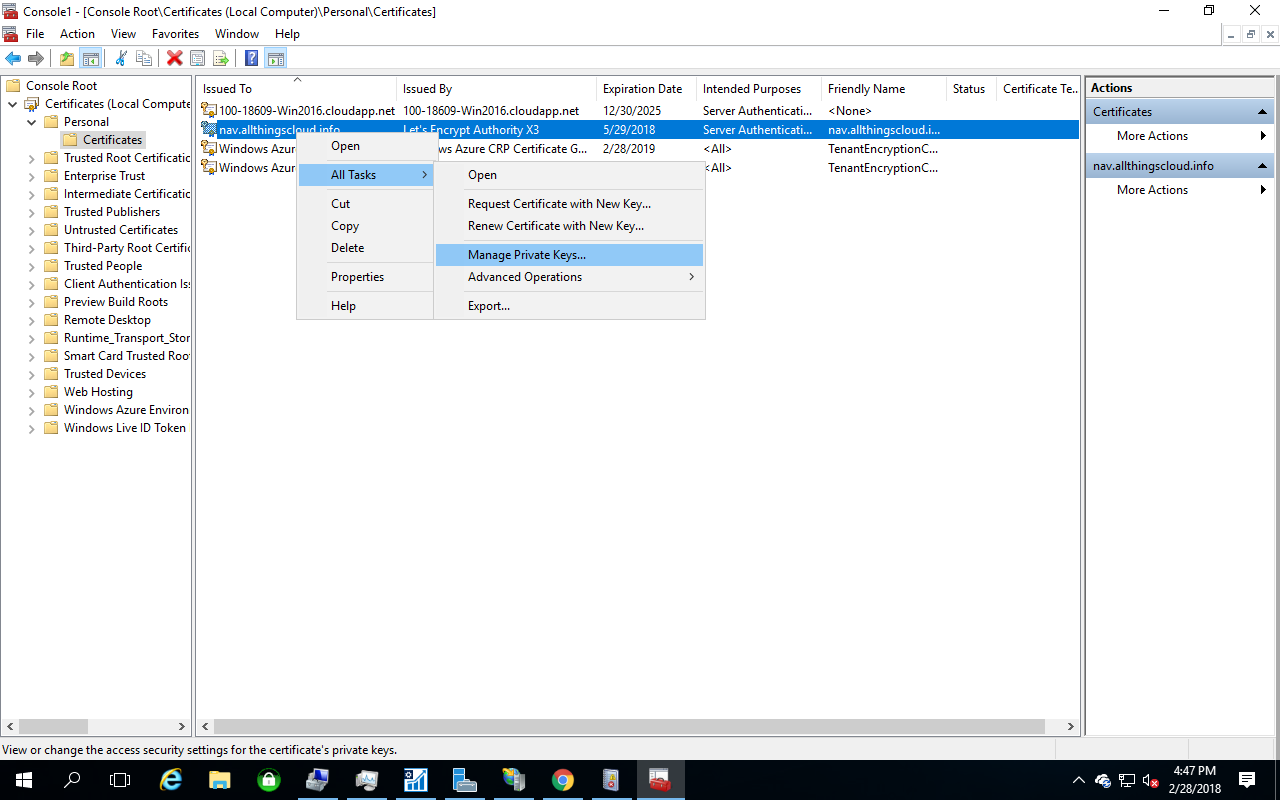 Give the NETWORK SERVICE; Full Control and Read permission, as shown below 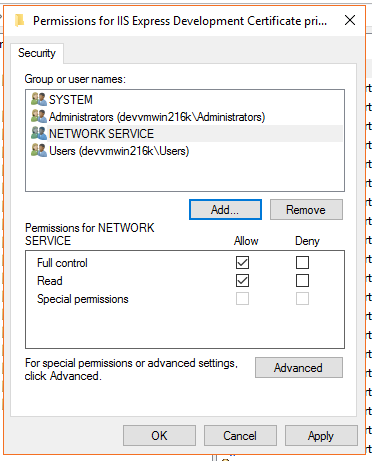 Once you have the Certificate it must be installed in the following containers : 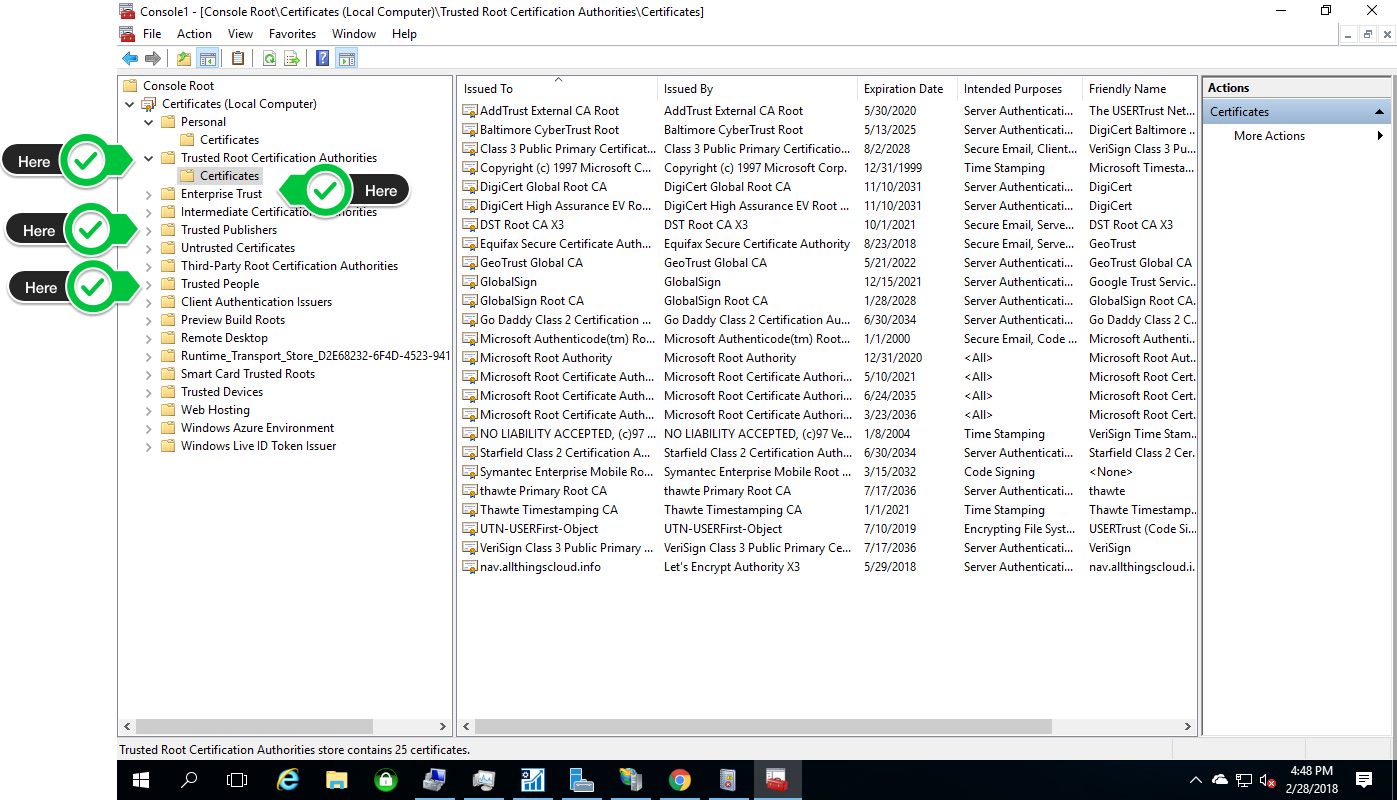 Map the hostname to the Web Client Site 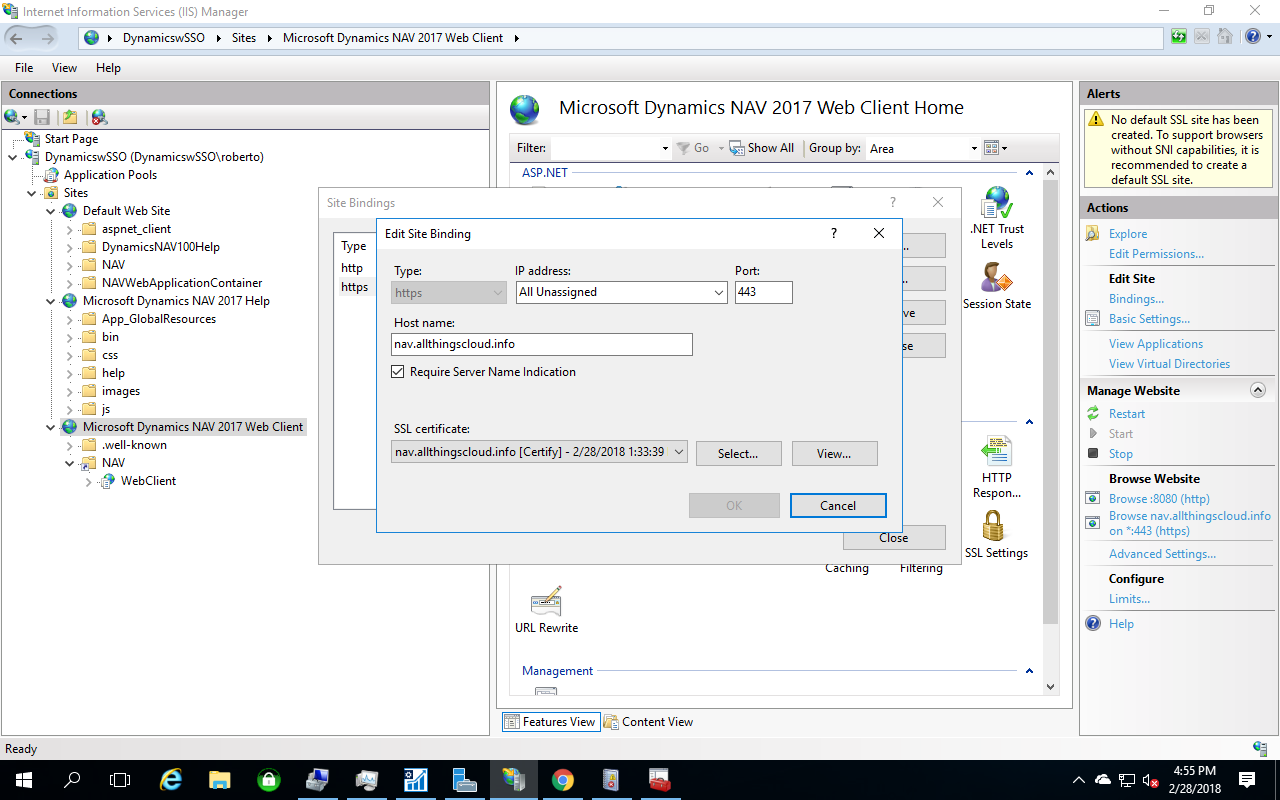 Set the homepage of the Application, the URL where they sign in

The reply sign in URL is fundamentally important as after being signed-in the AUTH token will be sent back for validation.

Reference: What is application access and single sign-on with Azure Active Directory: https://docs.microsoft.com/en-us/azure/active-directory/develop/active-directory-protocols-oauth-code

The reply URL is a must

In the NAV User management Console 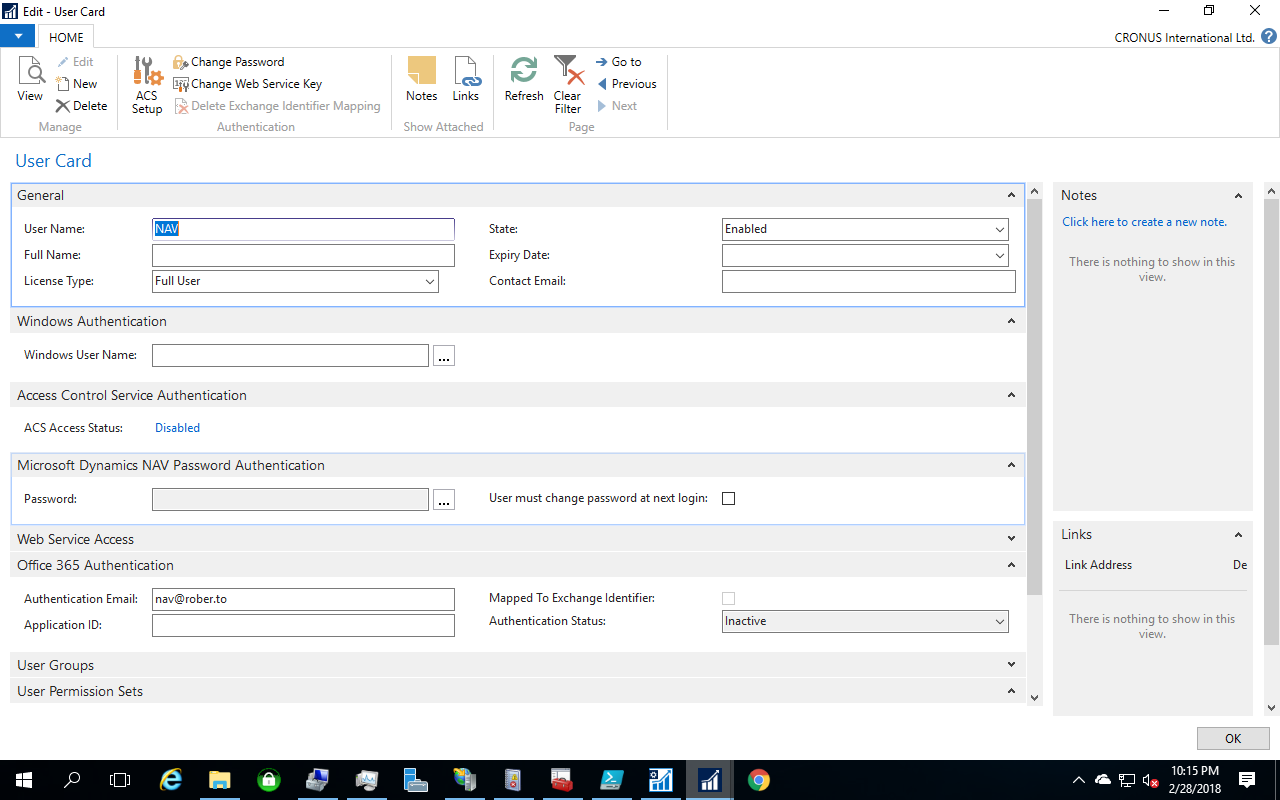 As this is an SSO implementation, all users must have an authentication email which in reality is the UserID in Azure AD. The one used for signing in to the Office 365/Azure AD tenant.Users can have both a Windows User Name and an Authentication Email, this will allow users to seamlessly login all the way through.

To get the certificate thumbprint using Powershell, run the line

then import the NAV modules

The following is the instruction which does all the magic

-AuthenticationEmail: An account in the Azure AD with Administrative permissions

-NavServerInstace: The name of the running NAV installation

-NavWebServerInstanceName: Name of the Web Server Instance where NAV web is running

-NavUser: The user in NAV being enabled for SSO can be a Windows User or a NAV user

–NavWebAddress: The actual URL for signing-in to NAV over the Web

-NavServerCertificateThumbprint: The thumbprint for the Cert which goes into the Web Server Instance

There will a reply from the AAD with a URL:

This will go in the NAV client Config File

In the Windows ClientUserSettings.config file

This file can be found in:

The two most important lines are:

How does it look

In the Windows Client. 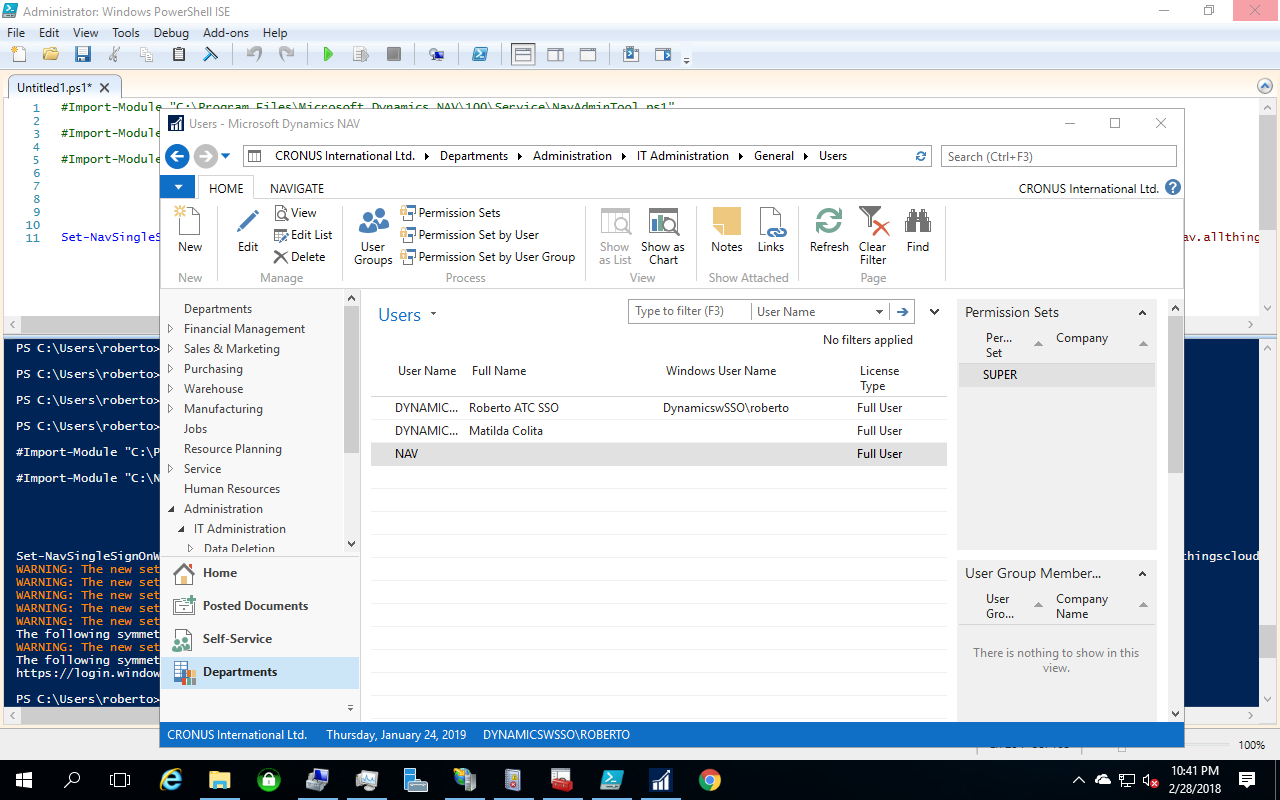 In the Windows NAV Client

Both Interfaces, Web and Windows Client