I keep exploring data with PowerBI and as I enjoy soccer, World Cup soccer mostly. I used the tables in the World Cup winners in Wikipedia, this time to map how effective a team is, meaning, of the total played how many they’ve won.

Some teams are 0% effective with more than one appearance, like Holland. In fact Holland is the least effective team of all, 3 losses out of 3.

Order in the table is set to Alphabetical:

Other teams can be deceiving with 100% effectiveness, like Uruguay and England having won all of their finals. Uruguay last final was in 1950, and it wasn’t a final in itself, England was 1966. Germany who always look very powerful has been in 8 finals and won 4 (50% effectiveness); whereas Brasil has been in 7, and won 5 (71% winning rate), they’re the most effective team of all time.

The column which shows the percentage of effectiveness is calculated with a simple formula: How many times the team has won divided by total final matches it has played, this is set as a column in the data table: 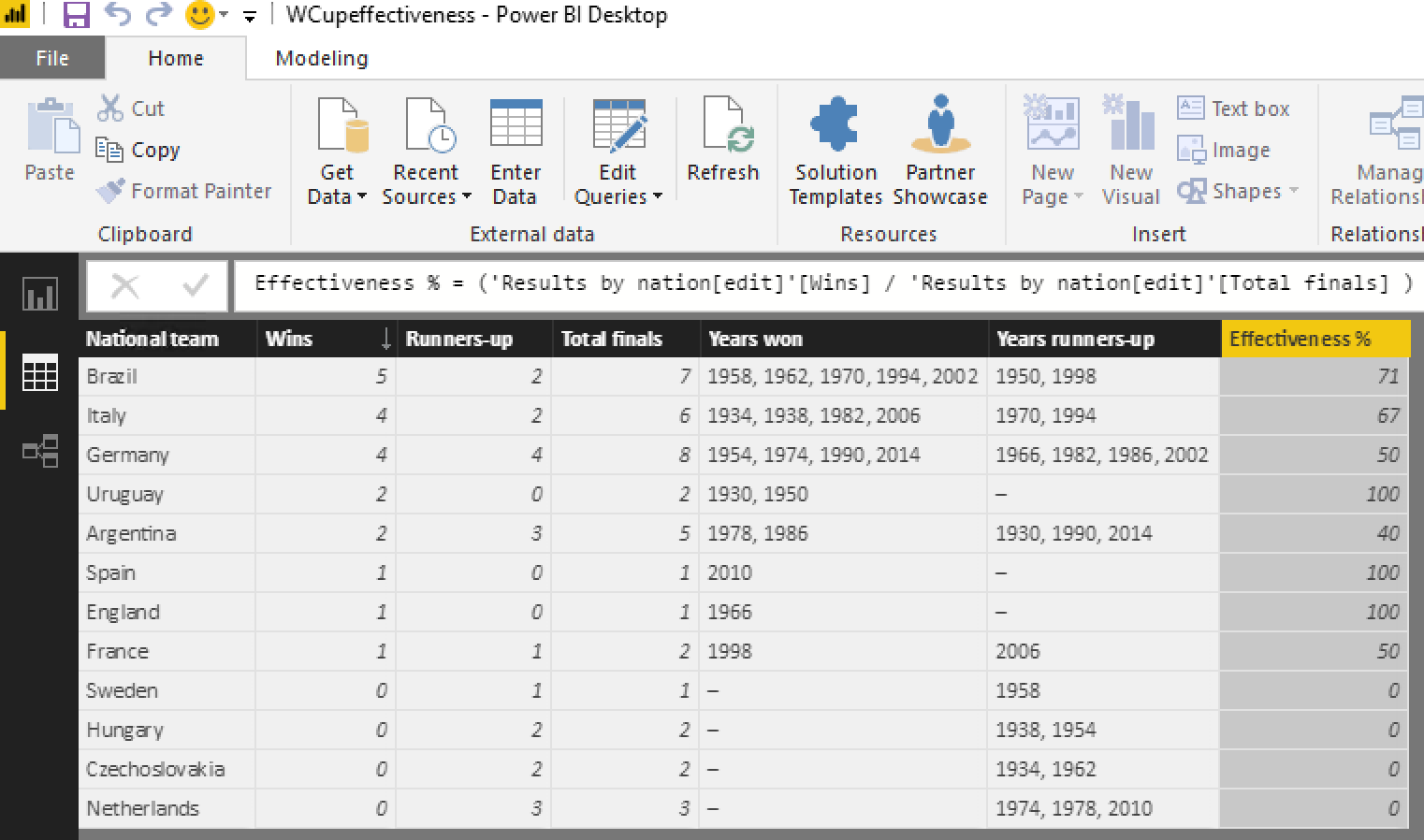 The whole point of this would be to “predict” who most likely will win next year (2018) in Russia.

Note: I write Brasil and not Brazil.